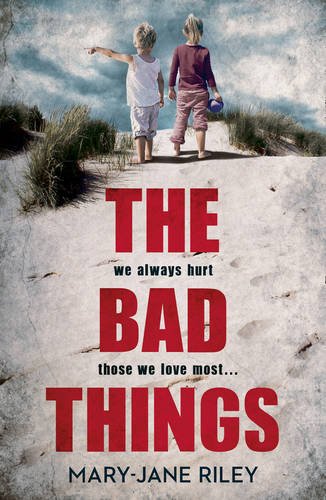 @KatherineSunde3: Alex Devlin is a reporter, she submits pieces to magazines, using whatever inspiration she can find. Fifteen years before Alex’s sister Sasha’s twins, Harry and Millie Clements went missing. Although Harry’s body was found a few days later, no trace of Millie was ever found. Two people were convicted for their murder; Martin Jessop who had committed suicide a little way into his sentence and Jackie Wood who provided him with an alibi. When the news breaks that Jackie Wood has just been released from prison due to the expert witness in the case being discredited Alex desperately wants to give her sister some closure because Sasha still faces a daily battle to keep going. Her marriage to the twin’s father disintegrated in the aftermath and she has a history of self-harming. Then Alex hits on the idea to interview Jackie Wood to see if she can find out the truth…

In the second strand of this tale we meet Detective Inspector Kate Todd who was starting out in her career when she found Harry Clements’ body and no matter how successfully she’s built her career or her long-standing relationship with Chris, she has never forgotten that day. Watching the release of the woman who was involved, only serves to bring the memories back to the forefront of her mind as she ponders how the family of those two small children are faring.

East Anglia with its desolation, isolated communities, marshland and fenland, cliffs and beaches has long been the inspiration for crime writers, including Dorothy L Sayers, Nicci French, Ruth Rendel, PD James. It is a land you have to travel to. It goes nowhere but into the North Sea and I love it.

Southwold – called Sole Bay in my book so I could play fast and loose with its geography – is our nearest coastal town and one to which we took the children for wonderful times on the beach. Over the years I got to know the town – the beaches that are never crowded, the harbour with its sheds selling fresh fish, the shops of buckets and spades and designer clothes, the marshland at the edge of town. It teems with visitors in the summer.

But I didn’t want its summer story, I wanted its winter tale when the rain lashes the shore and the cold east wind blows. I wanted the grey sky that merged with the grey sea. A feeling of desolation and hopelessness. The weather plays a great part in the book, echoing characters’ moods. As does the sense of isolation, the feeling that there is no-one who could help or understand. I wanted the reader to be wrapped up in and understand the cold, the grey, and the desolation from inside out…..

With the scenes set out of season, the descriptions of the seaside were about as far from the picture postcard variety as you can imagine. This works perfectly as a background of a meeting filled with suspicion, recrimination and a dash of hope – but which emotion belongs to which woman?

A good crime fiction novel often doesn’t actually depend on the murder that is at its heart, it depends on the character’s reactions, the plotting and the outcome and Mary-Jane Riley delivers on all three and cleverly avoids dwelling on the death of Harry although of course both children are at the forefront of many of the exceptionally well-drawn character’s minds. What sets this above many other crime fiction books is that the book reveals the complex emotions that many of the characters experience, and we get all that by watching them in action. This author hasn’t fallen into the trap of soliloquies full of woe, instead we see how Alex reacts when she goes to check on her sister Sasha. We also see her switching roles, from sister, to mother to reporter and in another superb twist, the object of one crime reporter’s particular interest in the case. With the clues to what really happened all those years ago coming from different viewpoints, I honestly couldn’t put this book down, it is that well-plotted with enough red-herrings and mysterious incidents, to keep even the keenest of crime fiction readers on their toes.

This is quite an emotional read and not just because of the tender age of the victims. I found myself sympathising with both Alex and Kate and also surprisingly Jackie. The author has made it easy to put yourself in each of these very different character’s shoes, and eloquently builds a picture of their lives after the crime was committed.