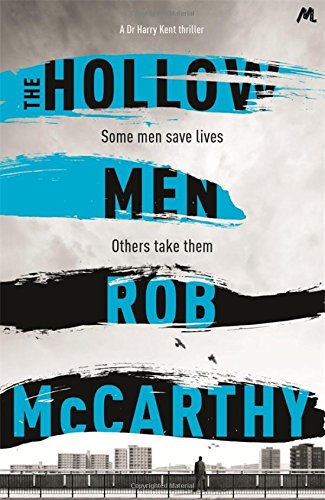 Dr Harry Kent is an anomaly of sorts. He wears many hats in his role as a former Army medic, hospital registrar, police surgeon, drug addict and defender of anyone the world would rather brush aside. He’s been called many things but the defender of the underdog. When he is called to a take away restaurant and finds himself in a hostage situation, he draws on everything he has to avoid the situation from spiralling. A young lad has taken eight people hostage and he’s desperate to be noticed, desperate to have say what he has to say and for everyone to listen. Desperate….

Dr Harry Kent’s London is the gritty underbelly of that city and more. A London full of angry teenagers, hostages, drug deals and more. Danger lurks round every corner and he never knows what he’s going to face next. His work with Southwalk CID means that he knows every back alley, every nook and crevice of that part of London in particular but he can get called out to a scene anywhere. From his apartment in Elephant and Castle. DI Noble from Southwark CID calls on hims to help in the opening situation. Harry even lives on the sixth floor of an apartment block and ha time to marvel at the London Eye as he gazes from the balcony. He watches and observes, is described as a ‘relatively rare specimen’ and when he’s not in a hospital or mental health ward on a case, he’s an outsider which gives him a unique view of London and its underbelly from various angles.

OMG This reads like one heck of a thriller. Thrown into the deep end of a hostage situation from page one, the action never lets up. I made the mistake of trying to read in bed and realised that at 1.30 I was still awake and that Dr Harry Kent was sat in my head and refused to budge. He’s a stubborn one that Harry, the police and his colleagues will tell you that but now Ican say  it too. Phew I really feel as if I was in the thick of it all – you can tell the author knows his stuff – all the medical jargon is there but it’s never overly done and I soaked it up like blood on a bandage.

Rob is a medical student but he mixes the medical with the ultimate buzz a doctor in A and E or in a hostage situation must face. This is high adrenaline reading and felt very real. Reminded me of the recent news situation which took place in a Paris supermarket – and now I realise even more of the terror that probably took place there. I did start to think about Solomon’s story too and felt this was nicely done.

Just as well this book proof was sent in a medical bag as I need a doctor now. Shortness of breath, a dagger to the heart and a heart stopping story bleeding all over the pages.